This Video from Stanford CS231n explains it really well, and the basic idea is that we want to maximize the log data likelihood, which can be expressed as

The slide above summarizes the training process. 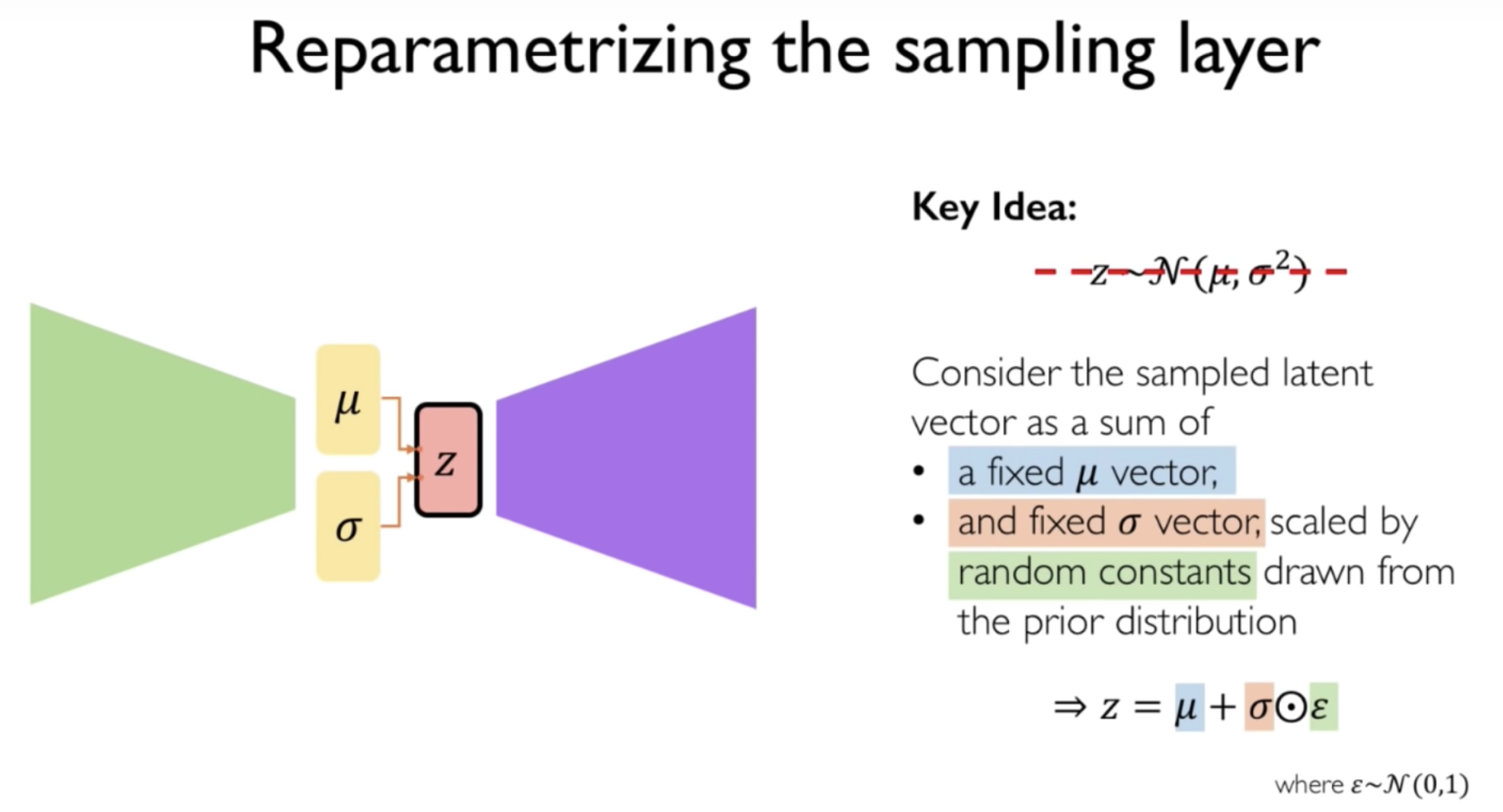 One issue is how to train the VAE. As explained in a slide in this video, the mean and std of z are static, but std is also scaled by a random constant generated from the Normal distribution.

A related generation model is GAN, which does not model the distribution of latent space directly. Instead we are trying to sample from the latent space, by first sampling from a noise and then transform this sample to the latent space. Since we are not training on the latent space, we don’t have the semantic meaning there as in VAE.